Because of irregularities in the Earth's rate of rotation, time calculated using Earth's rotation drifts away from atomic time. Due to this, the International Earth Rotation and Reference Systems Service (IERS) introduced the concept of a leap second.

Because the Earth's rotation speed varies, UTC leap seconds are irregularly spaced and unpredictable. Insertion of each UTC leap second is usually decided about six months in advance by the IERS.

A leap second is a one-second adjustment that is occasionally applied to Coordinated Universal Time (UTC). The IERS usually decides to apply a leap second whenever the difference between UTC and the mean solar time approaches 0.6 seconds.

On 6th July 2016, the IERS announced that an extra second will be injected into UTC on December 31st 2016. This will be the 27th leap second introduced since this system of correction was implemented in 1972. 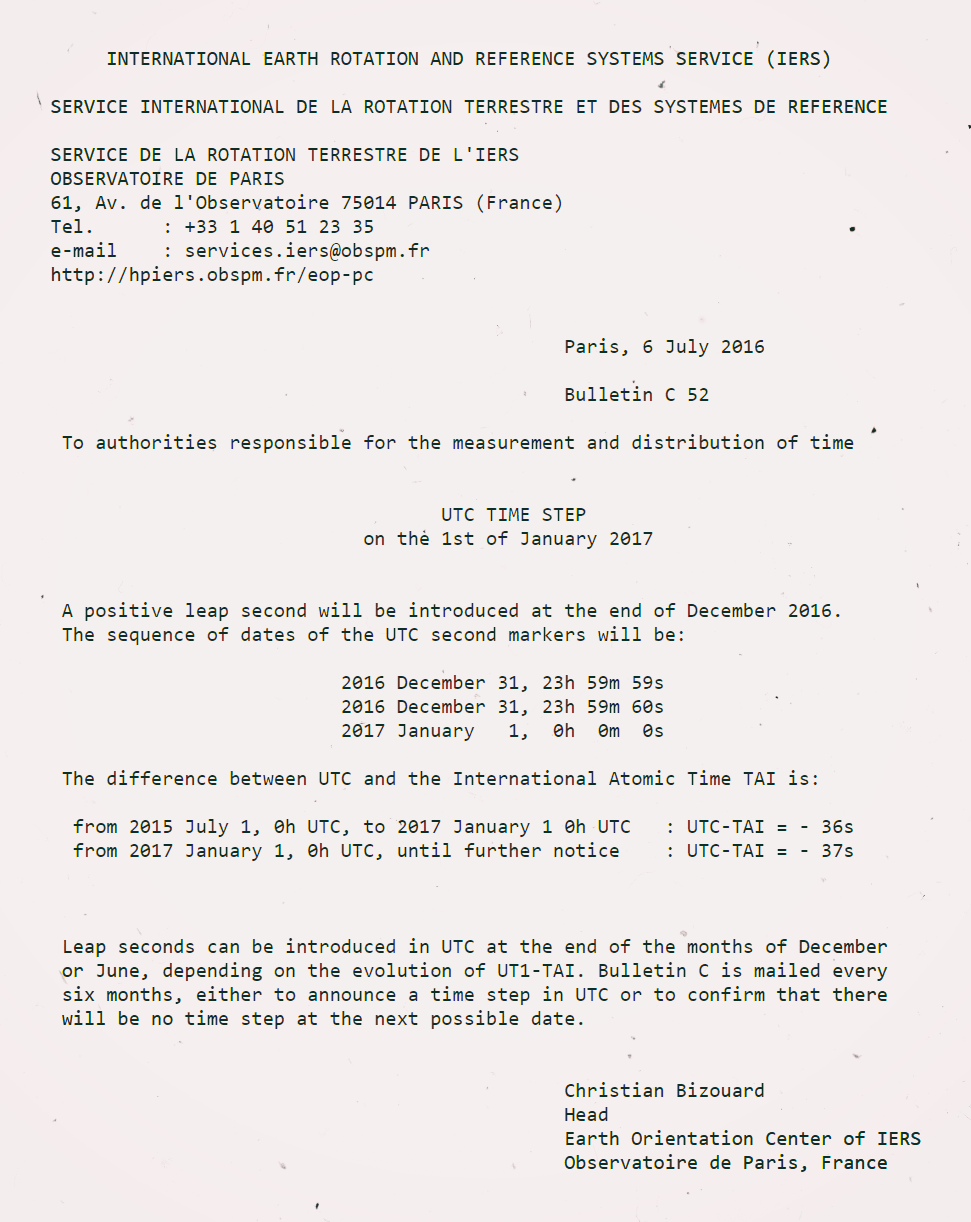 Why should you care?

One of the worst impacts of the Leap Second is that programmers and system administrators are oblivious to it. It's very important to understand how the leap second works and how it might affect your software, infrastructure and business.

Most clocks do not support a leap second; they physically cannot allow the 60th second to happen. This is not really that important for personal computers or mobile phones, but it is critical for time sensitive applications like medical equipment, databases, GPSes (air traffic control, missile guidance systems), nuclear reactors, ongoing experiments, synchronized replication, etc...

Many big sites have fallen victims to the leap second bug; sites like reddit, Yelp, FourSquare and LinkedIn.

Inevitably, there are a variety of clocks working in a single system at a given time; the worst thing being that they don't all act the same:

The three ways how to handle a leap second, in order of personal preference, are:

As part of ASP.NET Core 1.1, Microsoft introduced the Response Compression Middleware. Here, you can see how to apply this to your ASP.NET Core Web Apps.

The ISS has equipment that transmits on Voice and Pictures on Amateur Radio Bands and it is possible to hear the Astronauts speaking! How can you hear them?