Encrypting Ransomware is a category of malware that infects your computer (yes, even Macs) in a way that it encrypts your files and uploads the decryption key to the attackers. This way, you have to pay a ransom in order to, allegedly, get the encryption key back. Of course, you have no guarantee that you will be given the decryption key back. Ransomware typically propagates as a trojan, whose payload is disguised as a seemingly legitimate file. Some notorious examples are:

We are currently seeing extraordinarily huge volumes of JavaScript attachments being spammed out. Our Spam Research Database saw around 4 million malware spams in the last seven days, and the malware category as a whole accounted for 18% of total spam arriving at our spam traps.

More often than not, ransomware is acquired by email. The payload can vary greatly, most common are .js, .doc, .xls, .rtf, .rar and .zip. The fact that it can be a .doc or .xls makes the email evade several spam filters. 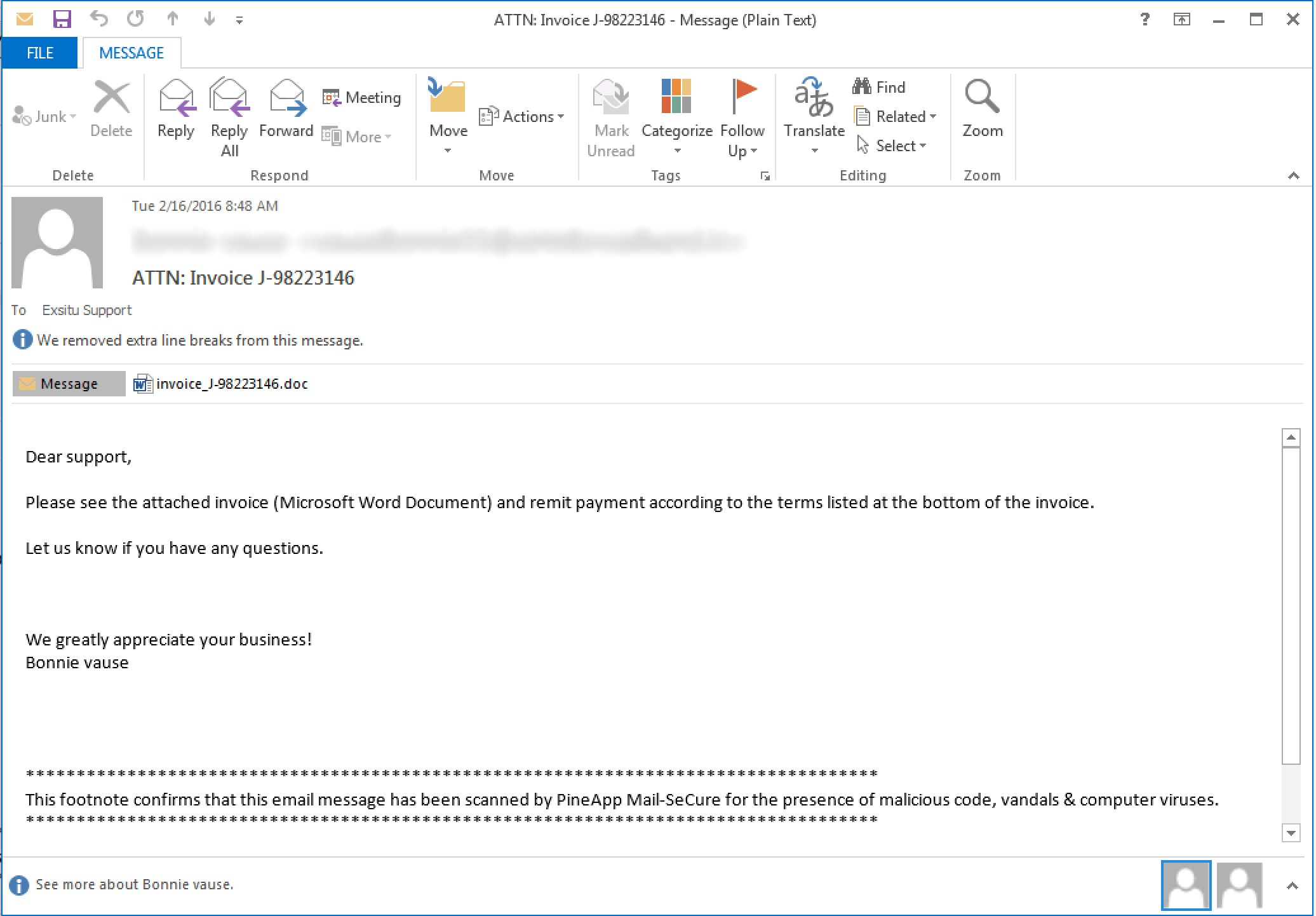 The process will then start searching all files (even mapped network drives and offline cloud folders such as OneDrive and Dropbox) that match a long list of extensions, including videos, images, source code, bitcoin wallets and Microsoft Office files.

Some variants even go the extra mile and remove any Volume Snapshot Service (VSS) files, also known as shadow copies.

Once the encryption process is ready, you will be presented with the ransom message.

Unfortunately, there isn't a single thing that you can do in order to mitigate this kind of ransomware, especially in a zero-day. There are however some best practices you can use and deploy throughout your enterprise to help reduce your attack vector.

Petya is a new variant of ransomware, first seen in March 2016 that encrypts your entire hard drive. Learn how to reverse it and get your data back.