Recently, I attended a 3-day RIPE NCC Training Course. In one of the sessions, we discussed IPv6 and I was inspired to write this post.

The primary reason for the development and deployment of IPv6 is IPv4 address exhaustion.

On 3rd February 2011, IANA allocated the last five /8 blocks to the five RIRs. This means there are no longer any IPv4 addresses available for allocation from IANA.

Nobody was caught off guard by this, the Internet technical community had been planning for IPv4 depletion for quite some time. But it meant that the adoption of IPv6 is now of paramount importance.

Although the main reason for IPv4 address exhaustion is insufficient design capacity of the original internet infrastructure, some additional driving factors have made the depletion occur faster:

The main advantage of IPv6 over IPv4 is the larger address space which is approximately 3.4×1038 addresses.

From that block, IANA has given /12s to the five RIRs. 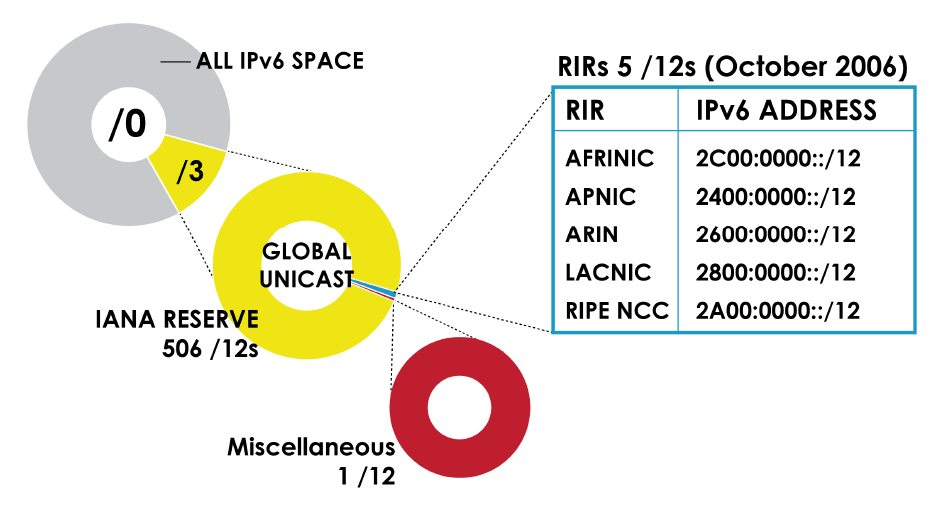 The smallest subnet should be a /64 since the other 64 bits are allocated to the interface ID. In IPv6, interfaces are expected to have multiple addresses. 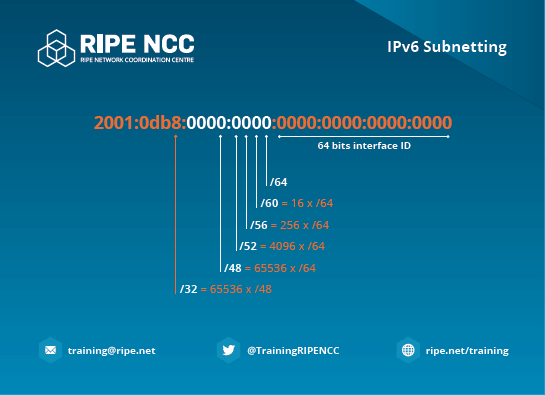 For convenience, an IPv6 address may be abbreviated to shorter notations by application of the following rules.

An example of application of these rules:

All interfaces of IPv6 hosts require a link-local address. A link-local address is derived from the MAC address of the interface and the prefix fe80::/10. The process involves filling the address space with prefix bits left-justified to the most-significant bit, and filling the MAC address in EUI-64 format into the least-significant bits. If any bits remain to be filled between the two parts, those are set to zero.

IPv6 is not foreseen to replace IPv4 instantaneously. Both protocols will continue to operate simultaneously for some time. Therefore, some IPv6 transition mechanisms are needed to enable IPv6 hosts to reach IPv4 services and to allow isolated IPv6 hosts and networks to reach each other over IPv4 infrastructure. Some of these are:

IPv6 has been implemented on all major operating systems in use in commercial, business, and home consumer environments. As of 2014, IPv4 still carried more than 99% of worldwide Internet traffic.

How Software Engineers can make their apps IPv6 Ready

It is becoming increasingly important, especially on mobile devices, to have your apps support IPv6. What does it take to get your app ready?

Introduction to the Diffie-Hellman Key Exchange

How can Alice and Bob agree on a secret, without having any prior knowledge of each other, over the Internet and with Eve listening in on the conversation?